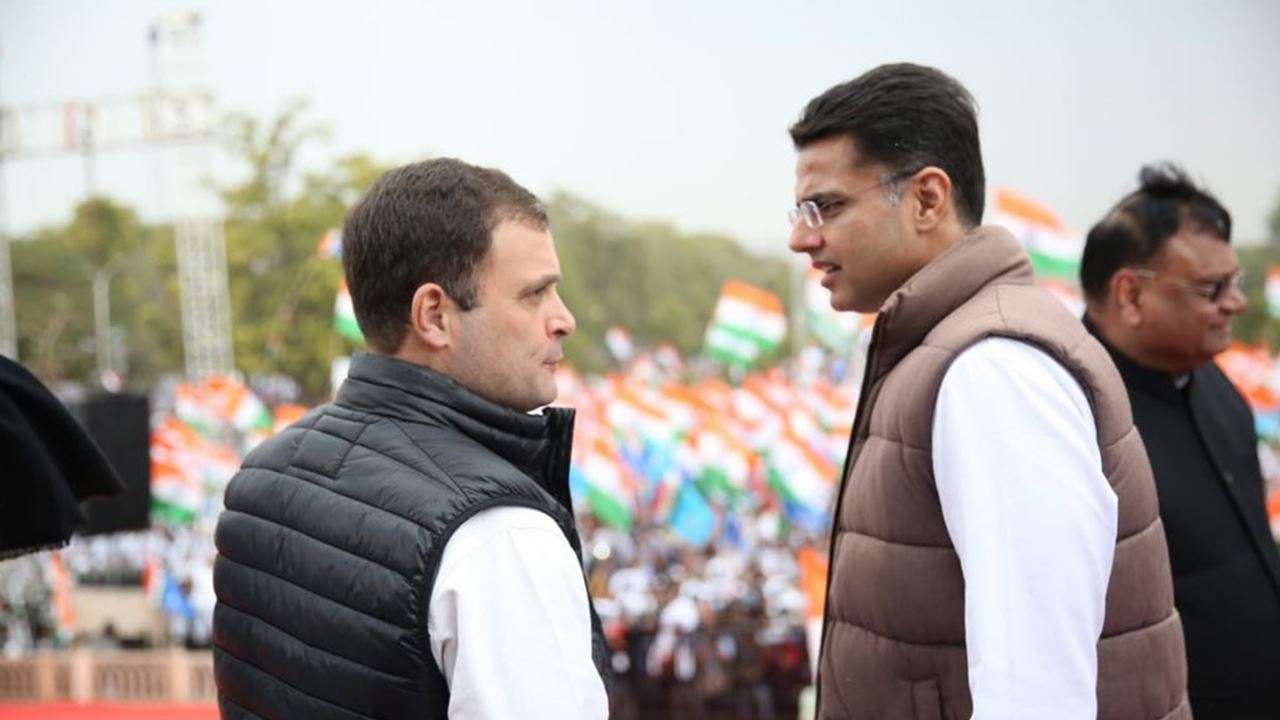 Jaipur: An extra enthusiasm of Sachin Pilot supporters at Roopangarh raising ‘Sachin Pilot Zindabad’ slogans virtually irritated Rahul Gandhi, who in this disturbed scenario, had to publicly appeal saying that, “Please allow me to speak.”

By getting a signal from Rahul Gandhi’s mood, Sachin Pilot also intervened asking his supporters to be quiet.

As soon as Rahul Gandhi started his address during the rally, a certain section from the crowd started raising pro-Pilot slogans, which virtually irritated Rahul Gandhi.

Sachin Pilot signalled the men over a dozen times while putting a finger on his lips as a sign for supporters to remain silent, but in vain.

Now Ashok Gehlot camp believes that this was deliberately done to mark Pilot’s popularity in the public while Sachin Pilot camp claims that it was all natural in support of their popular leader Pilot.