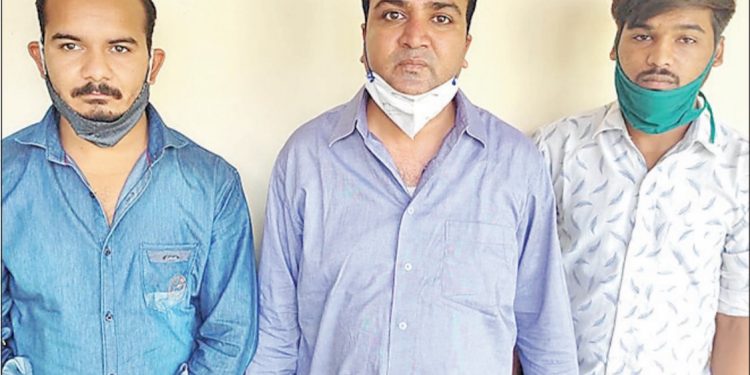 Jaipur: The police arrested 3 accused, including a government doctor, on charges of black marketing Remdesivir injections in Jaipur on Friday.

Among the other two accused, one is the ward boy of the SMS hospital and one is an employee in a private hospital.

On the information of the Special Team (DST) of North district, Vidyadhar Nagar Police Station caught the gang. Initial inquiries revealed that the doctor who was caught was providing two injections for about Rs 60,000.

Police also arrested a person Mayank from Film Colony and recovered 45 Oximeter from his possession in Kotwali area.

He got Oximeter from Delhi and was selling on higher prices.