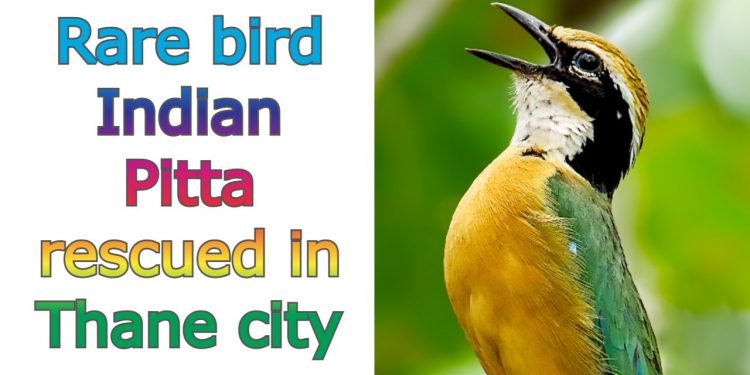 Thane: An Indian Pitta, a rare migratory bird found in the Himalayas, was rescued by volunteers of an NGO in Thane city of Maharashtra.

The colorful stubby-tailed bird Indian Pitta was found exhausted in the Tembi Naka area on Saturday, the wildlife NGO said in a release on Monday.

The Indian Pitta bird was under the care of the NGO for a night and given multivitamins and food. Once it condition became stable,the bird was released in its natural habitat, the release said.

This beautiful bird Indian Pitta species is known to migrate to the south and central parts of the country from the Himalayan region, the NGO said.