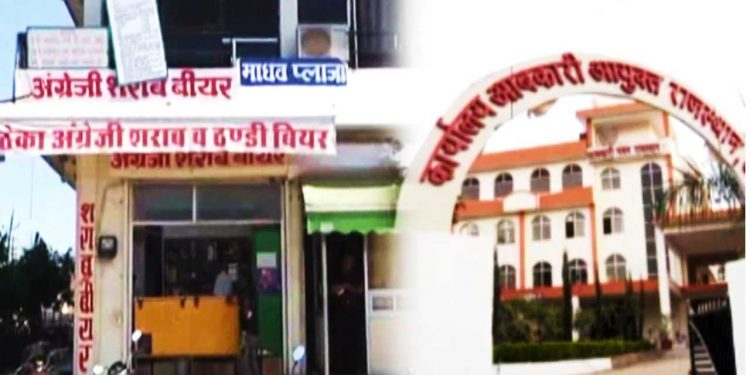 Jaipur: The Excise Department has done wonders during the online auction of liquor shops on the first day. Its amassed a whopping Rs 550 crore profit through auction of 1279 shops.

Now on the second day on Saturday, auction for 1160 shops will be held. Interestingly, even department officials were surprised on Thursday when the auction at Chittorgarh, which was scheduled to be held for five hours, went on for a twenty five hours! This time, when the process of allocation of liquor shops was done in online mode, liquor traders were not happy about the change.

The officers of the Excise Department were also worried about the lesser number of applications. Most of the people had estimated that since there are less applications in the online auction, the department will have to face revenue loss of Rs 850 to 900 crore on account of application fees.

The number of applications for liquor shops is still around 30,000 but the first day of auction has dismissed all apprehensions and the excise officers were cheering on the very first day, the Excise Department has received bids of more than Rs 550 crore than the minimum reserve price.

In this way, the department has been able to generate Rs 550 crore profit from its own fixed revenue. Excise Commissioner Dr. Jogaram said that competition among liquor traders is such that the auction process which was to be held from 11 am to 4 pm for a shop in Nimbahera of Chittorgarh, kept on going till 12 noon today.

While in Jaipur city, a liquor shop has been sold at thrice the original prescribed rate. The auction of a shop in Panchayala area of Jaipur city continued till 8 am today, i.e. the shop was closed in the 21-hour auction process. This shop’s prescribed rate was Rs 2.64 crore but has been auctioned for Rs 6.1 crore.