Astrologer Dilip Nahta, a famous astrologer and palmistry expert of Beawar city of Rajasthan, has made a big prediction about the Delhi Election

According to Dilip Nahata, in Delhi elections, Arvind Kejriwal’s Aam Aadmi Party (AAP) can win from 41 to 51+ seats. The major opposition party BJP may get around 17 seats. The remaining seat will be taken by Congress.

Recently Nahata has also been awarded the Nostradamus Prize of Astrology for predictions. Along with this, he is also credited with making the world’s first portable scientific palmistry machine.

Astrologer Nahata said that Rahu is a proclaimer of politics in the field of astrology and has the power to change the views of people.

Voting was held on Saturday 08 February 2020 for 70 assembly seats in Delhi. The counting of votes will take place on 11 February 2020. Which is auspicious sign for Aam Aadmi Party (AAP).

According to Nahata, if elections were to be held before 05 February 2020, with the effect of Rahu’s planetary position, people would vote in favor of the BJP in a confusion over the CAA law and in that case the BJP would get a bumper seat and the common man 03 to 10 Seats folded up.

But 11 February 2020, the counting day seems to be completely in favor of the Aam Aadmi Party (AAP) and Kejriwal as the Mahadasha of Guru and Rahu are in conflict with Arvand Kejriwal.

The Moon is in the ninth house and Navamsh is in the transformation yoga with Mars and together the Panchamesh Guru’s vision is on him. These two will bring Kejriwal and his party back to power.

BJP will start benefiting from 30 March 2020

The BJP has not benefited from visiting the planet Swarashi Dhanu in the morning on 05 November 2019. The power of Jharkhand and Maharashtra slipped from the BJP’s hands.

This situation will continue till March 29, 2020, Guru’s entry into Capricorn on March 30, 2020 will make BJP successful in every field. 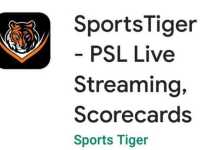 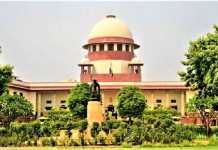 NEWS OF THE WEEK

The Jaisalmer News is #1 News Site and First News Portal Of The Golden City Jaisalmer.

The Jaisalmer News is most authentic and reliable news source of Rajasthan India.